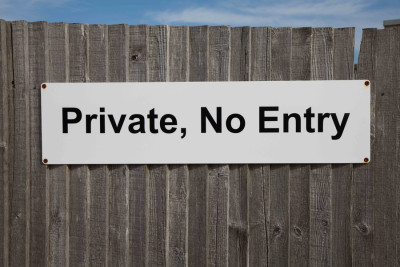 On arrival the signs were not good: Road Closed; Keep Out; Restricted Area; No Unauthorised Access; The Crown Accepts No Liability At Law for Loss or Damage… It was not the kind of welcome one would expect of an event by the creative and freethinking artist-led organisation b-side multimedia arts festival[i]. But then the Resident Terrains symposium[ii] was being hosted by HM Prison The Vern, which occupies a Napoleonic fort, perched high above Chesil beach and Weymouth harbour on the Isle of Portland, Dorset.

And it wasn’t only the location that was unusual. Convened to pose the question; ‘If festivals are the new platform, and sites the new venues, what can they offer and what can’t they offer artists, curators and audiences?’, the event was curated more like a mini festival than your average symposium.

The opening addresses were delivered in the prison chapel. All the delegates had to supply photo ID, submit to a full body search and were (temporarily) relieved of mobile phones, cameras, laptops and memory sticks in order to gain access. Being processed this way, and stepping through the heavily barred double doorway into the prison’s outer yard gave one a certain frisson of excitement. It also raised questions about the ethics of the voyeuristic thrill gained by a bunch of creatives in the presence of other peoples misery.

James Lucas, the implausibly fresh-faced Governor, welcomed the delegates with enthusiasm and humour (quoting both T. S. Elliot and the Guardian). Arts Council England’s Director of Visual Arts, Peter Heslip delivered a personal and poetic appeal for the use value of art[iii] by way of Robert Frost and a childhood spent hiking in the mountains of Montana.

This was followed by Phil Smith’s performance lecture that ranged again from childhood memories to the physics of matter via anecdotes and musings about walking projects and his misguided tours. Smith’s concepts of Counter-Tourism[iv] and Mythogeography[v] introduced a theme that ran through various talks and discussions over the next two days.

True to b-side’s past work, much of the event was focused around performative and participatory site-specific art practices. This format continued with delegates opting for walks and tours led by a number of artists and producers. These included Sue Palmer and Joff Winterhart[vi], Jez Riley French[vii], Alex Murdin of Ruralrecreation[viii], and Neal White from The Office of Experiments[ix].

The theme of the artist as guide to the unseen and overlooked topographic and social landscape of a place – exploring the gap between ‘myth and fact, conspiracy and official histories’ – continued on Neal White’s Portland Experiments bus tour. This took in some of Portland’s lesser known sites including the MOD owned and privately run QinetiQ[x] Compass Testing facility which is capable of ‘turning off’ the world’s magnetic field. White talked about productive secrecy – where a lack of information allows space for the development of the imagination – a place where art as well as conspiracy theories can thrive.

The Portland Experiment and other artists’ tours and performances, all made the argument for the support and development of place based art practices. Further talks and discussions highlighted how the arts festival format and place-based commissions might facilitate this kind of creative output and extend audience engagement.

The theme of the use value of art continued with speakers looking at how this kind of work furthered the various – possibly competing – agendas of aesthetics, local regeneration, tourism, health and wellbeing. Alex Murdin cited the example of musicians working with dementia sufferers in care homes. Whilst writer and researcher Dany Louise noted the proliferation of the festival format that had its hyper-banal apotheosis in the Brighton Festival of Shopping. These and other examples raised the debate about whether art and artists were too often co-opted into a neoliberal agenda – the use value being the ability to cheaply paper over the cracks in a failing system.

The Resonant Terrains symposium included many inspiring and interesting contributors – too many to mention here. Although the initial question was never fully answered many other (potentially more interesting) questions were raised. My only regret was that there was not enough time allocated to open discussion, so many urgent and engaging topics could not be debated in full. But I hope and believe b-side will continue this debate in the future through events and commissions that put artists, places and the public at the centre of the agenda.

Dominic Thomas is a freelance artist, cultural worker and educator based in Stroud. You can’t follow him on Twitter!